Welcome to the captivating world of contemporary poetry! Here, you can find poems about anything. Let’s take a look at some of the most popular poetry themes, and perhaps you’ll stumble upon a poem that touches your heart and soul in all the right places! 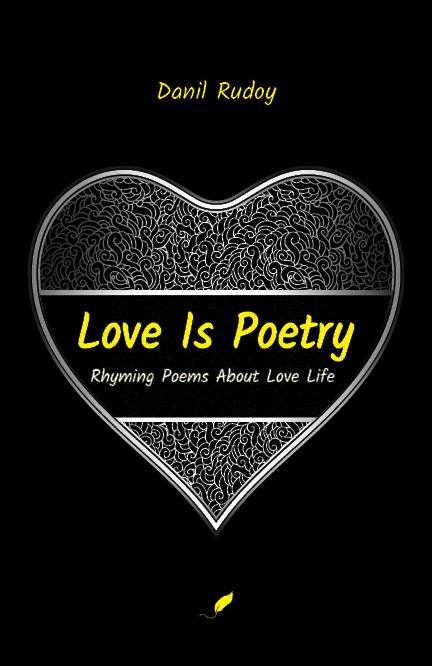 Love poems is such a popular genre of poetry that it comprises between two-thirds and three-quarters of all the poems-related searches online. This should not be surprising as love is the most powerful ruler of our world. Since time immemorial, classical poets reflected that status quo in their poems while contemporary poets are ready to work in the same vein.

Love Is Poetry: Rhyming Poems About Love Life by Danil Rudoy is a love poems collection spiced up with some philosophical contemplations about the nature of life and the sense it (sometimes) makes to us. The poet is not afraid to run the whole gamut of romantic love, from purely platonic to unequivocally sexual, and from worshiping the beloved to pointing out her numerous foibles and peccadillos. Love Is Poetry is for people who still remember that rhyme and rhythm are the two ultimate factors that make a rough draft into a true poem.

While most living contemporary poets will likely consider themselves deserving to be put on the shortlist of best ones, some are certainly more renowned than others. In this article, you can read about 7 famous American poets who have a major say in shaping contemporary poetry today.

Danil Rudoy is a contemporary American poet, writer, and playwright who lives and writes in New Jersey. His primary topics of interest include love, sex, money, esoterics, and spirituality. Danil believes that we have all we need to get all we want.

The Main Problem of Contemporary Poetry

In college, I was acquainted with a literature professor who published several books of contemporary poetry and could be considered successful by Vermont standards — there were at least forty cars parked outside his house once when he had a party. At first, I was curious to find out what poetry he wrote, but then a friend of mine told me that, among his works, there was a poem about drops of urine falling into the toilet during a bathroom break. And that spelled the end of my curiosity: I avoided the man like the plague ever since, fearing I would not be able to keep a straight face if I had to talk to him again.

So, here is the main problem with contemporary poetry. The free verse gives you the ultimate freedom of putting virtually any words together and making peculiar sentences that are essentially guaranteed to be unique. Moreover, with a large enough audience, such phrases will almost certainly mean something to somebody. But, by working this vein, the contemporary poets risk becoming the hypothetical monkey that hits the typewriter’s keys and, sooner or later, produces the exact text of Romeo and Juliet. The only catch is: to succeed in this, the monkey needs an astronomically large amount of time, and all the contemporary poet has is an average lifespan (often reduced by alcohol and drug abuse).

So, can drops of urine falling into the toilet be a metaphor for something significant and non-trivial? Hypothetically, yes. However, I am unable to come up with such an example. In fact, the more I thought about it back in college, the more convinced I became that the poet clung to this image for no other reason than not having come across it before.

In other words, the main problem of contemporary poetry is the unbridled temptation to talk about anything and anyhow without taking responsibility for the outcome. In the past, the constraints of rhyme and poetic feet forced the poets to craft their works carefully and make sure they make sense. But contemporary poetry is free to blurt out essentially anything, claiming it to be the new creative standard. However, this stops being an exercise in poetry and becomes one in sophism: an ancient Greek school of thought whose adepts believed that, as long as you could prove that a lie is a truth, it became one.

RomanticPoems.com is an old poetry website dating back to the 1990-s and its specialty, unsurprisingly, has been love poetry. It’s the place to go if you need to find tender poetry for your beloved, such as goodnight poems for your girlfriend.

Russian poetry has not stalled in the contemporary era as modern poets keep carrying the banner first raised in the Golden Age. This website also reveals the secrets of the poetic craft by breaking down the elements of a good poem.

Prose & Poetry is a contemporary literature website featuring short stories, poems and literary essays on a wide range of topics that can help aspiring writers and poets elevate their creative game and get closer to the canonized idols of the past.