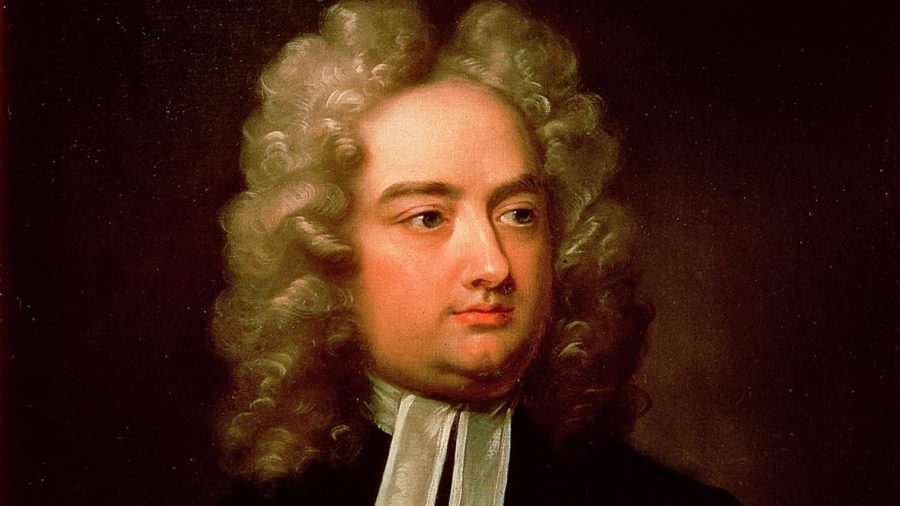 It may seem to the modern reader that the eighteenth-century English poets were very disapproving of women. It is hard to explain otherwise their clear tendency to talk about them in a derogatory way. Alexander Pope’s “Rape of the Lock” (1714) and “Epistle to a Lady” (1743), as well as “The Lady’s Dressing Room” (1732) by Jonathan Swift provide good examples of this attitude[1].
What male intellectuals of that time disliked most was women’s choice to follow the customs of the age and take too much care of the appearance while totally disregarding the spiritual side of life. Eighteenth-century women would spend hours in front of a looking glass trying to create the best image of themselves to look attractive to men and get married, and they could be very successful in achieving that goal; but, under numerous layers of cosmetics they put on, often hid nothing but stupidity and plainness.

“A Beautiful Young Nymph Going to Bed” (1734) by Jonathan Swift: A Literary Analysis


In his “A Beautiful Young Nymph Going to Bed” (1734), an excellent satirical poem, the poet Jonathan Swift launches a vehement attack on the superficiality of women by focusing on the flip side of the “makeup medal”: on the act of washing it off at the end of the day when it’s no longer needed.
It is obvious that Swift finds a great joy in “dismantling” Corinna, his heroine: the descriptions he gives are so juicy that some sensitive readers might feel real nausea (for instance, picturing “picking out a Crystal Eye” [11]). Of course, the entire poem is built on hyperboles and exaggeration since it is very hard, if not altogether impossible, to imagine that the contrast between the woman during the day and the woman at night can be so shocking. All these exaggerations, however, serve a purpose: they demonstrate, quite effectively, how deceptive appearance can be.

Since time immemorial women use all sorts of artificial aids to make themselves appear beautiful, and the danger of it is that cosmetics can make a “nymph” out of a veritable monster. And Swift draws out attention to it so masterfully, urging to be en guard and to look deeper than the surface, as some ardent lovers of love poetry may be inclined to do.
Interestingly, the artificiality of Corinna’s beauty becomes clear only when the poet enters her dressing room, the most sacred and protected space. Very few people have the privilege of being there, and Swift is surely not one of them, but this does not stop him. We may question whether his investigation is ethical (after all, he shamelessly intrudes into someone’s private chamber), but we have to recognize that the reasons driving him are not those of self-interest.

Jonathan Swift-the-poet does not sneak into Corinna’s bedroom just to use her as material for his poem: instead, he tries to warn and educate his male readers and her potential victims (those who could fall for Corinna’s looks that have nothing to do with what she truly is), as well as to describe to those women who would read his poem what kind or behavior they ought to avoid. That is why, in my opinion, “A Beautiful Young Nymph…” should not be considered as an attack on women in general, or as an attempt to humiliate them.
The fact that Swift focuses our attention on a particular representative on the fair sex (who even has a concrete name) suggests that the object of his satire is a “wrong” type of women: those who, once deprived of their cosmetic arsenal, have absolutely nothing to offer. So in this case, the physical ugliness of Corinna should be considered as a metaphor of her inner world. Also, the fact that Swift refuses to describe the process of Corinna’s “restoration” (“But how shall I describe her Arts//To recollect the scatter’d Parts?” [67-68]) indicates his wish to leave her in this deplorable state, which is a fair punishment for the daily deceptions she performed in life.
Swift is not trying to expose the “true” nature of women; neither does he make a single generalization in his poem. All he does is careful dissect a case study to make his readers smile and see what they should watch out for. Corinna’s portrait without makeup looks so dreadful because it is a caricature that combines just about everything bad; but if some of these individual traits are found in a real woman, it should be a warning that that woman may well belong to the “wrong” type.

Taking into account the fact that Corinna is a prostitute (a hint to that is given in the very first line when she is called “Pride of Drury-Lane”, a fashionable area in London notorious for its brothels), one can argue that Swift’s reasons behind writing this poem were not merely didactic and that he used his poetic genius to pour his frustration and take revenge after he had an unfortunate affair with a street woman who infected him with a venereal disease. A less cynical explanation (which I would like to consider in more detail) of why Swift would write a poem of this kind touches upon the relationship between women and poets.
It is well-known that women often provide a powerful source of inspiration for artists of all kinds[2]. However, the creature described in Swift’s work can hardly inspire anyone: on the contrary, in the end the reader is happy that the machinations of various animals made it almost impossible for Corinna to perform the act of “gath’ring up herself again” because she is now deprived from the ability to deceive people. This should not be surprising since a perfect muse is the one whose immaculate appearance finds its reflection in her inner world as well: if she only appears beautiful, then all artistic exaltations will be wrong yielding but dissatisfaction and disappointment. Corinna’s ultimate dismantling robs her of the opportunity to be someone’s muse, which is good since there is nothing worth staring at or thinking of underneath her looks the depend so heavily on artificial materials.

What distinguishes Jonathan Swift’s satirical poems from those of other English poets is the astonishing smoothness and appropriateness of the images. In just about 35 lines (or 280 syllables, for every line is written in the iambic tetrameter) he creates a comprehensive picture of a creature composed of disjointed artificial parts that should not even be connected. The list consisting of “the Crystal Eye,” “Eye-Brows from a Mouse’s Hyde,” “Steel-Rib’d Bodice,” “the Rags contriv’d to prop” and “Bolsters that supply her Hips” is an example of zeugma since it is hard to imagine any other situation in which all these tools, devices and things can be found together. Moreover, not only Swift gathers these eclectic elements, but he also treats each of them with great care: every part of Corinna’s makeup is described in a specific way and separately from the rest, and some lines (such as “Untwists a Wire; and from her Gums//A set of teeth completely comes” [19-20]) are so felicitous and clever they make the reader shiver.
The limitations imposed by the meter and the rhyme do not prevent Swift from saying exactly what he wants to say, while these very limitations mold his narration in such a perfect shape that the text flows smoothly through the reader’s mind. What also contributes to the overall fluency of the poem is the fact that almost all its rhymes, even such curious ones as “Goddess-Bodice” [23-24], are perfect. All in all, the poem is labored in such a smooth way that the reader does not notice how he or she is being taken away by its vivid voice while reading.

[1] In this light, it is understandable why Coventry Patmore’s “Angel in the House” (1854, 1862), a narrative poem about his wife whom he thought to be a perfect woman, had such resonance in England in the later nineteenth century.
[2] The very word “muse” referred to female goddesses in Greek, the language where it came from. 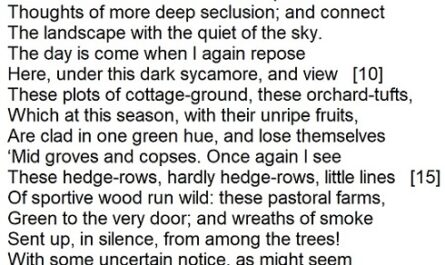 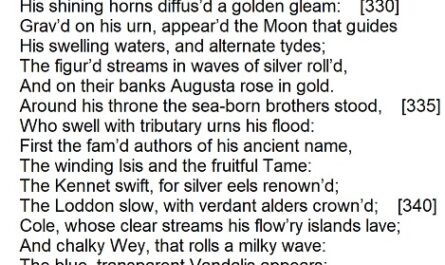